CrossFit Quwwa was Qatar’s first CrossFit gym and began operating out of “The Dungeon” a former squash court that formed part of the Qatar Badminton Club. After the huge popularity of CrossFit in Qatar we soon outgrew our location and expanded to a new larger, luxury space in West Bay. We kept receiving demands for new space in different neighbourhoods so took the ambitious step of applying for a space on The Pearl Qatar which was granted in 2014.

We moved out of The Dungeon in early April 2015, it was hard to leave as this was where CrossFit started in Qatar but demand meant we required a larger space. 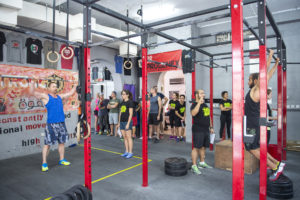